Home Business Biden is full of solutions looking for problems 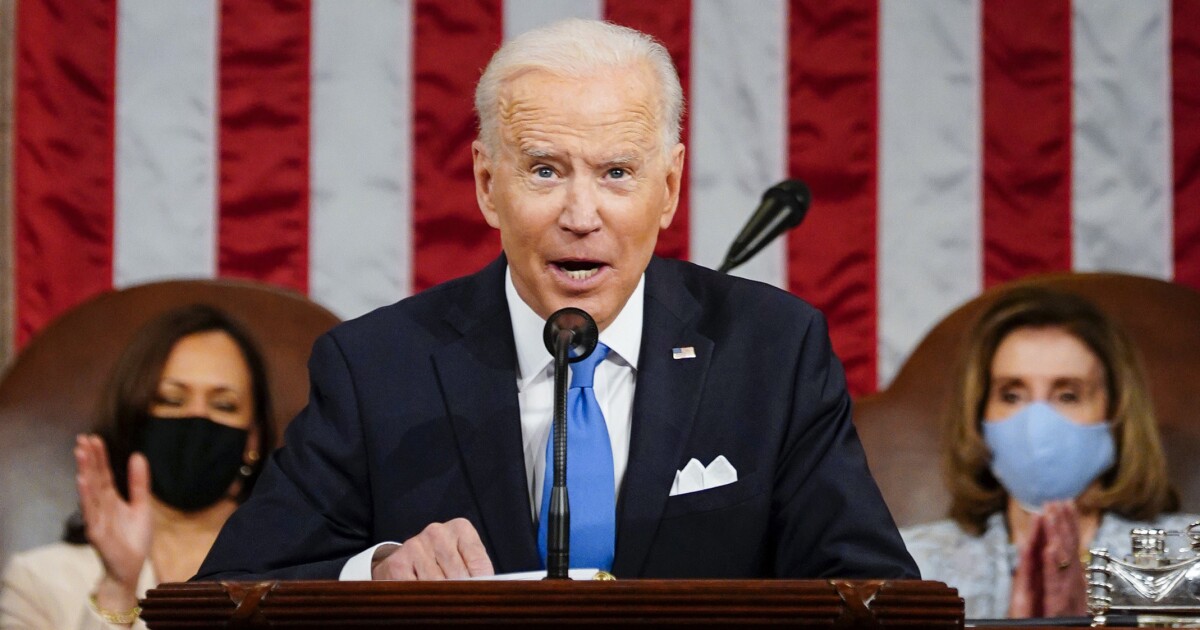 In his speech to the nation tonight, President Joe Biden had little to say about real problems, such as skyrocketing gas prices and the humanitarian crisis he has caused at our border through poor diplomacy. But he was full of solutions to problems that don't really exist.

Nowhere was this clearer in what he had to say about the economy. Biden was smart to brag about the economic recovery, even though it began without him, and he probably doesn't deserve much credit for it. But he can hardly brag about it while simultaneously asserting an urgent need to reshape or otherwise fix the economy with all these futile “jobs plans” he keeps talking about.

If people really are getting back to work, why does our economic future depend urgently upon our embrace of “green jobs” or dodgy “buy American” programs? Why would we want to throw away the state right-to-work laws that have gotten us to where we are? And then, why would we endanger the recovery by imposing new taxes on the businesses that we are expecting to hire more people?

Biden's speech, much like his recovery plan, whistled past the realities of today's modern economy. No, the nation is not suffering from a lack of “green” buildings to build, as much as bureaucrats might think it is. There is no jobs problem — there is a problem with coronavirus-related restrictions on business. End those, and what few pockets of unemployment remain (Hawaii and California) will rapidly mend.

“Buy American?” Biden went on about this, yet it's one of the biggest job-killing scams in our national history of political demagoguery. Even President Barack Obama knew better than that. No, “Buy American” does not create jobs. To whatever extent it succeeds (mercifully, it is ineffective), it threatens broader, job-creating markets upon which far more American workers depend for their livelihood than the paltry number of jobs we could preserve by making sure all the paper clips government buys were bent by Americans.

Biden also stated that because labor unions created the middle class, we should pass a law (the PRO Act) that will help them survive extinction. This is a fallacy, and a hilarious one. We still use and value concrete — does that mean we should bring back the Roman Empire that created it?

When unions built that middle class, it happened in a very different world than the one we live in today — the world of 1921. It's now 2021, and workers are certainly not clamoring to join unions. We just saw workers for one of the nation's largest and most important companies vote overwhelmingly against unionization when given the choice and the president's full encouragement. Private-sector unionization is at its lowest point in more than 90 years. It's not because workers don't have the chance to unionize, but because they don't want to.

This isn't the only area where Biden is lathering. The vaccination administration process that predates his administration is proceeding apace, using vaccines made possible by his predecessor's Operation Warp Speed program.

Biden wants to be seen as a president addressing the nation's problems. What he's really doing is trying to strangle with one hand the economy he can't stop pointing at with the other to take credit. He must fail at this if he's going to be a successful president.