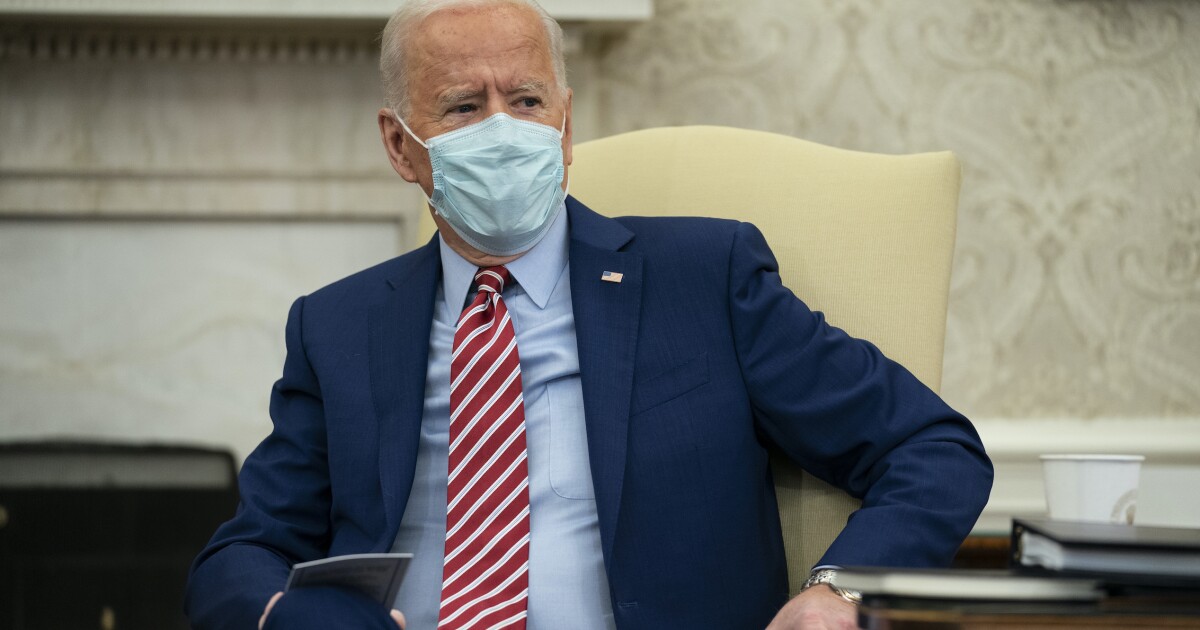 That’s when President Bill Clinton signed omnibus legislation that raised the gasoline tax and increased the top marginal income tax rate by one-third. The ensuing backlash cost Democrats control of Congress and swept in the first Republican majority in the House in 40 years.

Biden, whose economic team grew to fear too much additional deficit spending would prove destabilizing by spiking interest rates and boosting federal debt payments, is hoping the tax increases will be seen as skewed enough against the wealthy and corporations to avoid any broad-based resistance.

“The president has a plan to fix our infrastructure and a plan to pay for it,” White House press secretary Jen Psaki told reporters on Monday.

The first salvo in Biden’s “Build It Back Better” program is being billed as an infrastructure program, although traditional projects such as roads and bridges make up less than half of the new spending. A more comprehensive package of liberal domestic policies is slated to follow.

Republicans were eager to shift their focus to the tax side of the tax-and-spend equation. “And how will Biden pay for his plans that cost much but accomplish little? Tax hikes,” the party’s national committee charged in a statement. “Joe Biden is already reneging on his tax campaign pledge and is proposing tax increases that directly threaten the middle class.”

The White House is adamant that the direct tax increases will be confined to households earning at least $400,000 a year. The corporate tax rate would be increased from 21% to 28%, partially negating a cut signed into law by former President Donald Trump in 2017. Biden would also like to restore the Clinton-era top personal tax rate of 39.6%. Capital gain would be taxed as regular income, and unrealized capital gains would be subject to tax at death. The capital gains tax was actually lowered under Clinton.

Democrats are confident they can win the tax argument if the additional levies are seen as hitting the rich. A Politico/Morning Consult poll found voters prefer an infrastructure plan that would be paid for by higher taxes on corporations and upper-income earners to one that was not.

Republicans are casting doubt on whether these tax increases will be sufficient given the Biden administration’s spending ambitions. Repealing the Trump tax cuts for the wealthy only, as former President Barack Obama sought to do with George W. Bush tax reductions before him, would likely recoup less than $150 billion. Unlike Clinton, Obama managed to avoid being viewed as middle-class tax hiker but also saw his party lose the House in 2010 and then the Senate in 2014.

Further complicating matters is the push by some congressional Democrats, including Senate Majority Leader Chuck Schumer of New York, to lift the cap on state and local tax deductions imposed in legislation signed by Trump. The tax hit disproportionately affects relatively affluent blue-state professionals. Eliminating the cap would cost money and muddle the Democrats’ message on taxes.

“Republicans have to focus on three things,” said GOP strategist John Feehery. “Make sure that the package is paid for because we can’t afford another spending spree. Make sure the middle class doesn’t get stuck with the bill because we know that’s what the Democrats are going to try to do. Make sure the Democrats don’t try to cut taxes for their donor class by repealing the SALT deduction.”

“I think they need to be more specific than just a general anti-tax pledge because who cares if Warren Buffett or Mark Zuckerberg have to pay more taxes,” Feehery added.