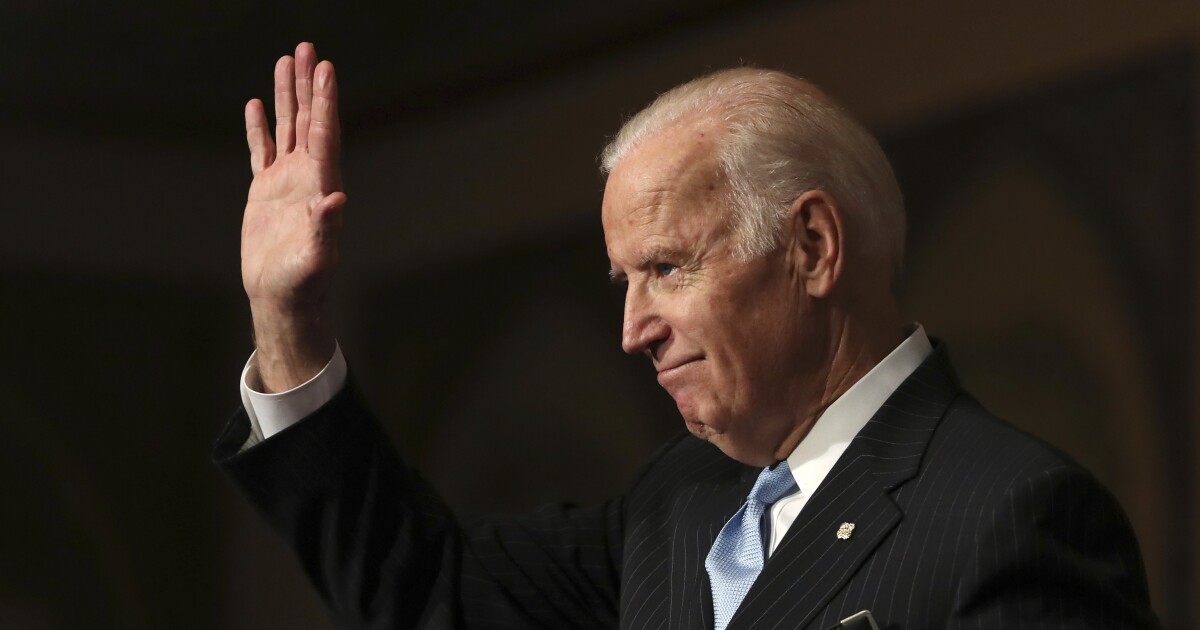 President Joe Biden said in his joint address to Congress Wednesday that wealthy people should pay more in taxes to help pay for the public investments in his jobs and family plans.

He also said that “trickle-down economics,” meaning the idea that lower taxes on businesses and the wealthy will benefit everyone, is not effective.

Biden called for raising capital gains taxes for those making more than $1 million a year. He said doing so would only affect three-tenths of 1% of all people in the country.

The former Delaware senator said he wanted to equip the Internal Revenue Service to crack down on millionaires and billionaires who “cheat on their taxes” in order to generate billions of dollars in additional tax revenue for the federal government and his agenda.

Biden also tore into former President Donald Trump's Tax Cuts and Jobs Act from 2017, which he said hugely benefited corporations and the very wealthy while adding to the deficit.

He claimed that 650 billionaires in the United States saw their net worth increase by more than $1 trillion during the pandemic, while tens of millions of lower- and middle-class people have lost their jobs during the same period.

“My fellow Americans, trickle-down economics has never worked. It's time to grow the economy from the bottom up and middle out,” said Biden.

Instead, Biden on Wednesday unveiled his “American Families Plan,” which proposes $1 trillion in social welfare spending over a decade, in addition to $800 billion in tax benefits, which Biden said can be paid for over the next 15 years.

“A broad consensus of economists — Left, Right, center — agree that what I'm proposing will help create millions of jobs and generate historic economic growth,” he said.