Home Business Barrett likely to be good for businesses, corporations due to narrow view... 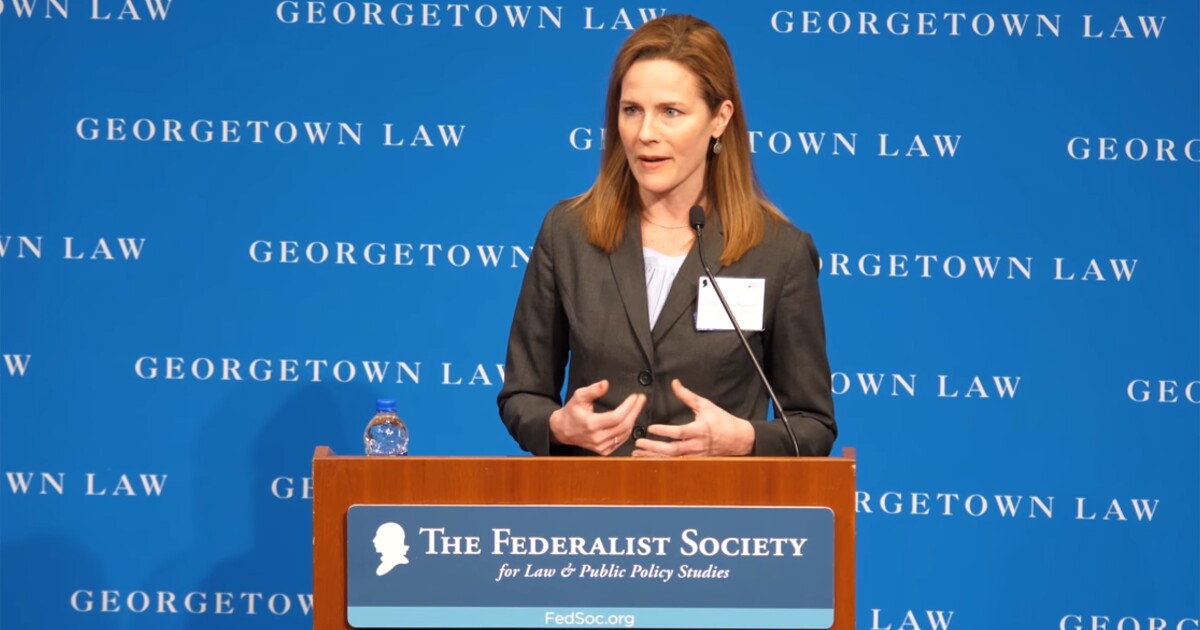 Barrett’s addition to the court would solidify a 6-3 majority for Republican appointees on the bench, and a conservative-leaning Supreme Court is more likely to abstain from aggressive regulatory efforts and side with companies on issues such as taxes.

There have been reports suggesting that Barrett’s addition to the Supreme Court could block the agenda of a potential Biden administration or a Democratic Congress by making it easier to restrict or reverse government programs and regulations on the financial industry, healthcare, technology, and the environment.

“I expect this pick to be very focused on so-called ‘corporate rights,'” Gigi Sohn, a former Federal Communications Commission counselor in the Obama administration, said to Protocol on Friday.

There is, however, a small body of legal opinions from Barrett to examine and extrapolate from, particularly when it comes to businesses and economic regulations.

Barrett spent 15 years as a professor at Notre Dame Law School, where she got her law degree, and has only been on the U.S. Court of Appeals for the 7th Circuit for three years since Trump appointed her to it in 2017.

Appeals court judges are typically constrained by precedent in ways that a Supreme Court justice would not be. Nevertheless, how a judge approaches an issue and what arguments they have considered in past cases can give some insight into their evaluation of future cases.

In regards to cases involving tax law matters, her rulings have been “supported by precedent and if they demonstrate anything, it is consistent and unyielding application of exactly what is written,” said the National Taxpayers Union Foundation in an opinion article on Friday.

However, she is skeptical of the libertarian originalist notion that economic regulation is presumptively unconstitutional.

“If courts stand in the way of legitimate health and safety regulation, they cripple the ability of government officials (the agents) to pursue policies securing the rights of individual sovereigns (the principals),” Barrett said in a paper she published in 2016 regarding the Constitution.

This suggests she doesn’t take issue with government regulations that might affect businesses that pertain to serious health and safety regulations.

She also believes that some Supreme Court decisions stand as “superprecedents” that the court should abide by even if some originalists conclude that those decisions have been incorrectly decided. In a 2013 Texas Law Review paper, Barrett expressed her support for a number of superprecedents, including Marbury v. Madison, a Supreme Court case that established the principle of judicial review in the United States, meaning that courts have the power to strike down laws, statutes, and some government actions that they find to violate the Constitution.

This could be relevant if Congress were to pass a law or a regulation affecting businesses that conflicted with the Constitution. Examples of such legislation could include bold initiatives such as the “Green New Deal” or a significant expansion of Medicare, both of which would impact significant sectors of the economy.

Legal observers have also suggested Barrett’s background as an originalist means she would take a more limited view of how much freedom courts should offer federal agencies to interpret ambiguities in the law, especially as they pertain to regulations.

At the same time, Barrett has not said specifically whether or not the Chevron deference should be limited and in a dispute earlier in 2020, she actually upheld the Chevron rule. During a fight over the Trump administration’s public charge rule, which says immigrants to the U.S. who are likely to depend on public benefits for many months can be denied visas or permission to enter the country, “she broke from two other judges and voted to defer to the agency, showing how judges can use Chevron to uphold conservative regulations,” Politico reported on Friday.