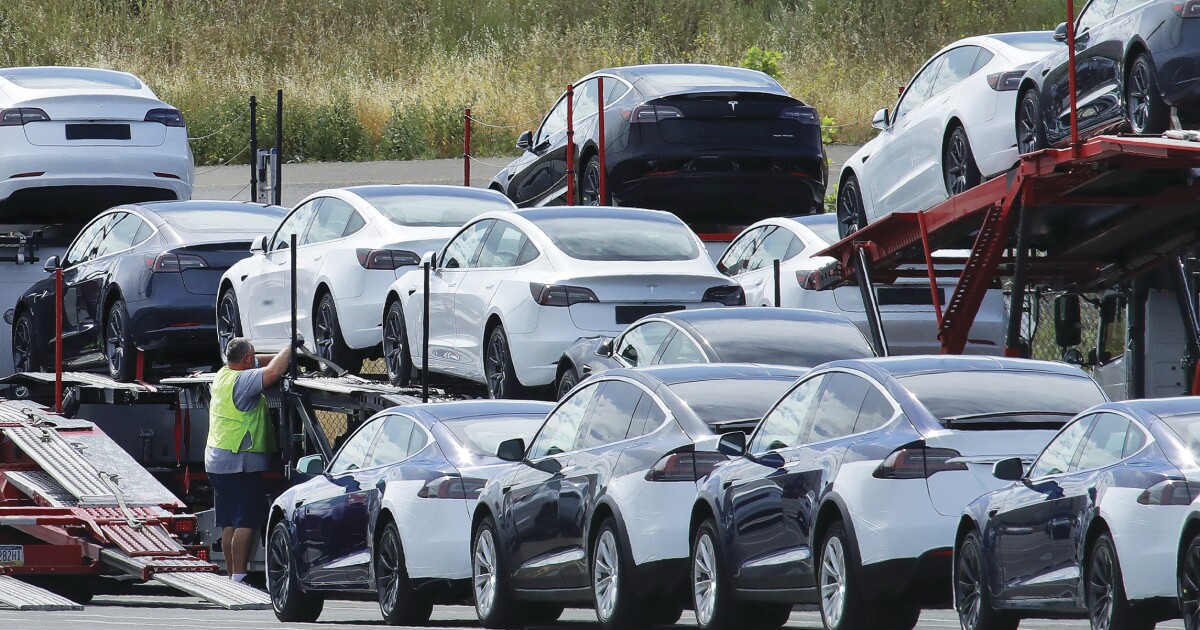 President-elect Joe Biden has made big promises to boost electric cars, a sharp break from the Trump administration’s vehicle policies that already have some car companies shifting gears.

Just one week after meeting with Biden in mid-November, General Motors CEO Mary Barra told the nation’s leading environmental groups that the automaker would be dropping its support of the Trump administration’s fight with California over tailpipe greenhouse gas standards.

Barra, who had been among the auto CEOs who asked President Trump to loosen Obama-era fuel economy regulations, wrote she was “confident” that Biden, California, and car companies could together “find the pathway that will deliver an all-electric future.”

Biden has claimed the shift as an early win in efforts to coax American automakers to support his plans for rapid electrification of the United States auto market.

“They’re all in on making sure that we’re the first in the world to have, switch to, and be able to get to a carbon-neutral economic way to power automobiles,” Biden said of General Motors on Wednesday during an event introducing his Department of Transportation secretary nominee, former Democratic primary rival Pete Buttigieg.

“We can own the electric vehicle market. … With those 500,000 charging stations, we can put a million jobs back in Detroit and the Midwest building cars,” he added of his plans to build out electric vehicle infrastructure.

Then, earlier this month, Nissan followed General Motors’s move. In a statement, the automaker said it is “confident that productive conversations among the auto industry, the Biden administration, and California can deliver a common-sense set of national standards that increases efficiency and meets the needs of all American drivers.”

Those five automakers pledged to follow fuel economy standards stricter than what the Trump administration settled on, though slightly weaker than what the Obama administration’s rules would have required. In part, they did so because the companies thought more rigid standards would set the industry up better for an increasingly electrified future.

Ford has since backed California’s recent moves to shift to only zero-emission car sales by 2035, essentially barring new gas-powered car sales by that year. Gov. Gavin Newsom, a Democrat, signed the executive order establishing the target on the hood of a bright red Ford electric Mustang. According to a report from Reuters, the company has also privately called on its industry peers to embrace the fuel economy deal with California as a foundation for policy work with the Biden administration.

In some ways, it’s easy to see why General Motors is shifting its politics. The same week Barra met with Biden, the auto company unveiled plans to speed up its production of electric cars, announcing that it will launch 30 new electric models in the next five years, two-thirds of which will be available in the U.S.

General Motors will spend more than $27 billion on electric and autonomous vehicles, more than its planned investments in gas and diesel cars.

Not every automaker will move its investments in the same way, as the business strategy will vary by company, said Lea Malloy, head of research and development at Cox Automotive Mobility.

Overall, though, the Biden administration “opens up the possibility and makes it more economically attractive to move faster” on electric vehicles, Malloy added.

Other car companies, however, haven’t yet taken the same steps as General Motors and Nissan. For example, Toyota and Fiat Chrysler still defend the Trump administration’s move to eliminate California’s ability to set stricter greenhouse gas tailpipe limits, an authority the state has had under federal air law for decades.

Even General Motors and Nissan haven’t gone far enough for environmentalists or Democrats.

“The big question is whether or not these companies are going to step up and be a key part of the solution to climate change,” said Luke Tonachel, who directs the Natural Resources Defense Council’s clean vehicles and fuels group. “If so, they must support standards that put the U.S. on a path to make all new cars pollution-free by 2035.”

Doing so is vital, Tonachel added, because it takes roughly 15 years to switch over the vehicle fleet. Targeting all zero-emissions vehicle sales by 2035 gives sufficient time for all cars on the road to be pollution-free by 2050, he said.

While automakers and the Biden administration may largely concur that investment and policy support are needed for electric vehicles, they’re likely to disagree on the pace of change.

“The long-term future of the auto industry is electric,” said John Bozzella, president of the Alliance for Automotive Innovation, in a statement earlier this month after a semiannual board meeting. He noted that automakers “are investing hundreds of billions in developing the products that will drive this electric future.”

The Alliance for Automotive Innovation represents car companies that produce nearly 99% of new passenger vehicles sold in the U.S.

“We recognize that regulation and policy will help set the terms for that future and that near-term regulatory issues will need to be resolved in a way that benefits the economy, the workforce, and the environment,” Bozzella said, adding that the group hopes to work with Biden on an “aligned nationwide program.”

This week, the Alliance for Automotive Innovation unveiled a policy agenda to boost innovation in the auto industry that supported consumer incentives for electric cars, funding for charging infrastructure, updates to building codes so people can charge at home, and the expansion of federal and state purchases of electric vehicles. It didn’t mention updates to fuel economy standards, the central piece of Biden’s plan to cut transportation emissions for which he won’t need to encourage Republicans in Congress to back.

Even as they invest more heavily in electric cars, car companies still have reasons not to want an acceleration of electric vehicle mandates, which could be expensive.

Legacy automakers have a “tough path ahead of them” because they’re currently working to support three powertrains: gas-powered, hybrid, and battery electric, Malloy said. “It takes a lot of capital to support and maintain and innovate at the same time.”

Nonetheless, automakers operate in a global market, where other countries, such as China and those in Europe, are already moving aggressively toward electric cars. Meeting the demand and regulatory mandates in those countries is part of what has been driving car companies’ investments in electric models thus far.

As he pushes electric car policy forward, Biden can change those dynamics, increasing pressure on the industry.

“What we are likely to see is that if there is a growing regulatory ambition here in the United States, that global manufacturers will have to shift some of their future production of [electric vehicles] to the United States,” said Drew Kodjak, executive director of the International Council on Clean Transportation. “And they will have to accelerate their retooling plans and business plans to match the ambition in the U.S.”