Amazon is suing New York Attorney General Letitia James in an attempt to stop her from pursuing her own lawsuit over the company’s initial COVID-19 response, according to Reuters.

Amazon came under fire 10 months ago during protests over conditions at their Staten Island warehouse. Activist Christian Smalls was fired for reportedly violating quarantine and protesting the conditions of the warehouse.

“Amazon would rather fire workers than face up to its total failure to do what it should to keep us, our families, and our communities safe. I am outraged and disappointed, but I’m not shocked. As usual, Amazon would rather sweep a problem under the rug than act to keep workers and working communities safe,” Smalls said in a statement to Business Insider. (RELATED: Bezos-Owned Amazon Opposes Mail-In Voting For Union Election) 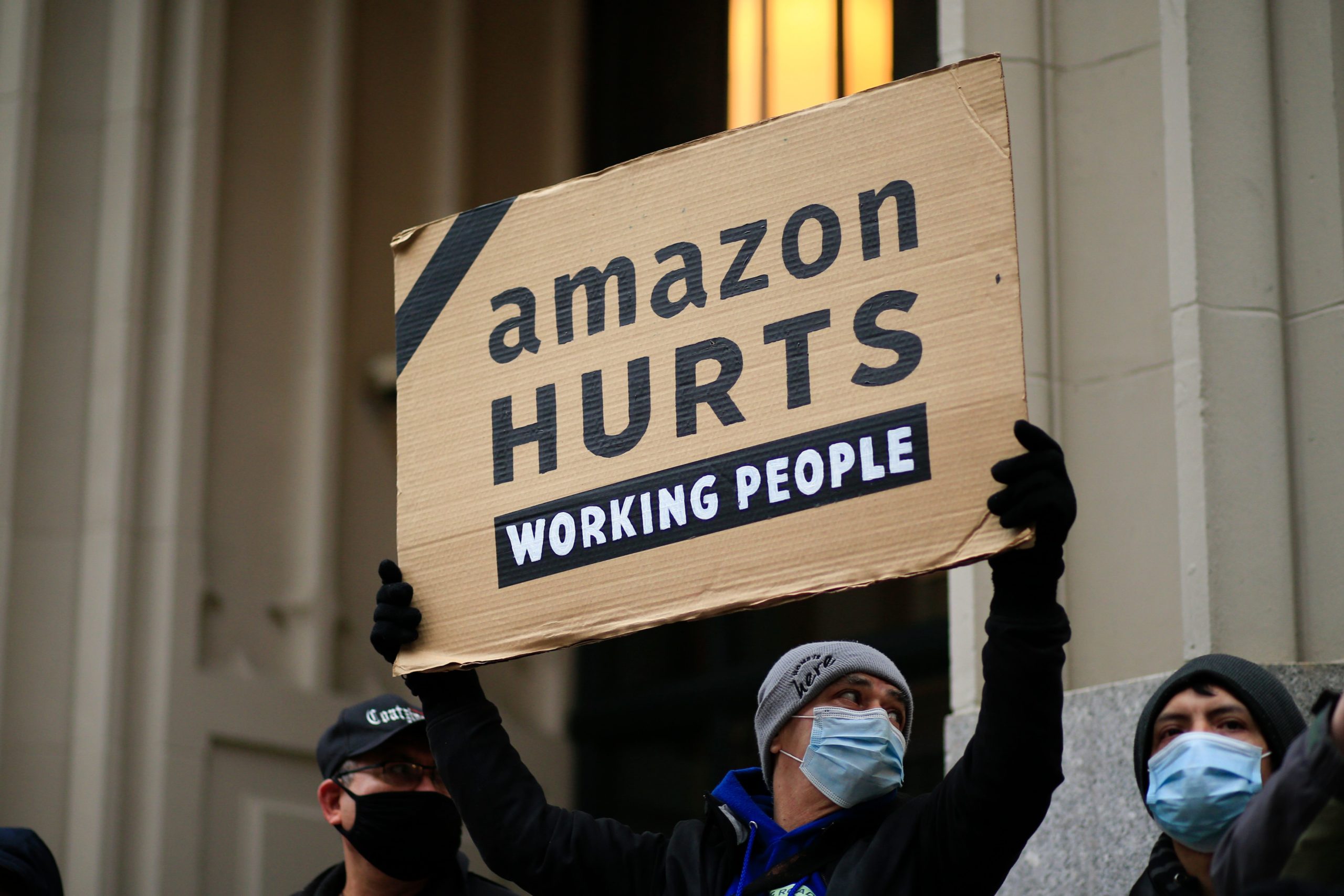 Amazon workers and community allies demonstrate during a protest organized by New York Communities for Change and Make the Road New York in front of the Jeff Bezos’ Manhattan residence in New York on December 2, 2020. (Photo by Kena Betancur / AFP) (Photo by KENA BETANCUR/AFP via Getty Images)

New York City announced an investigation into the incident and James, according to Reuters, said the company possibly broke the law.

Amazon in their lawsuit against James accused her of overstepping her bounds by threatening the company with legal actions. Amazon is seeking injunctive relief, reported Reuters. Amazon reportedly believes the investigation and threatened legal action was unfairly handled.

Amazon claims they have implemented many different COVID-19 precautions as well as tests and plans for distribution of the vaccine.

Amazon passed the investigation of its Staten Island warehouse on March 30, according to the lawsuit. Amazon had temperature checks, proper signage and had implemented shift staggering to maximize social distancing. The inspector reportedly found that the complaints were “completely baseless.”

Amazon said that the AG’s demands were “far more stringent than the standard adopted by the OAG when defending, in other litigation, the New York State Court’s reasonable but more limited safety response to COVID-19.”

The secret history of the minimum wage movement