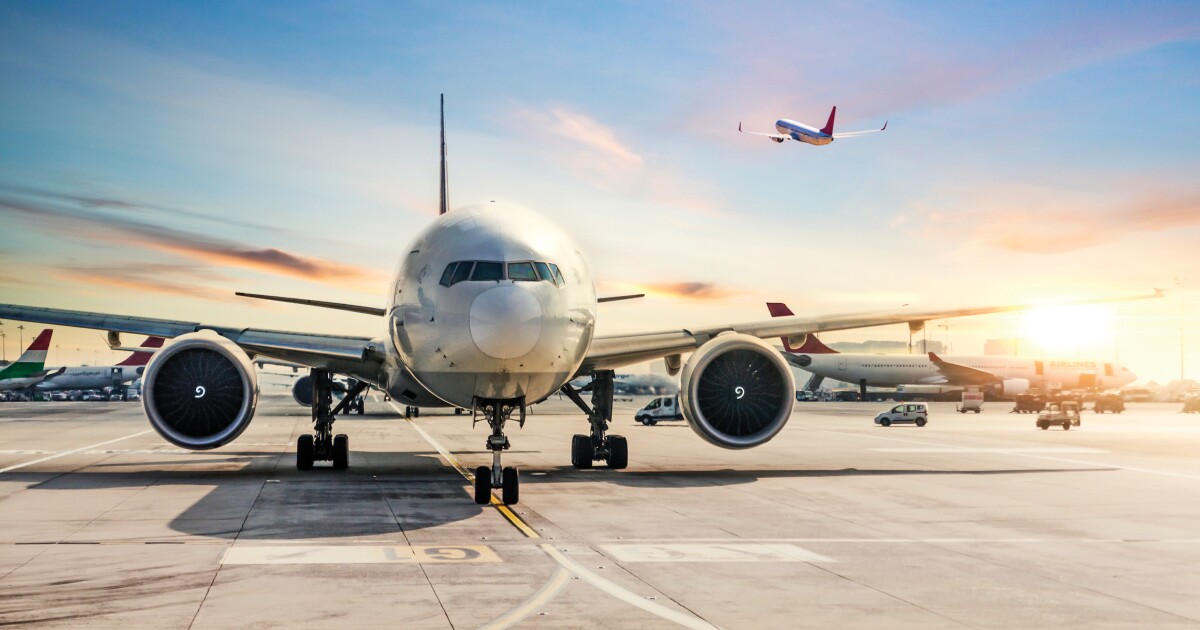 On March 15, two different events could have given investors considering airline stocks whiplash.

The first one was a press conference in Washington, D.C. Centers for Disease Control and Prevention Director Rochelle Walensky warned that COVID-19 cases could cascade if the public dares to travel on spring break.

“I know it’s tempting to want to relax and to let our guard down, particularly after a hard winter that sadly saw the highest level of cases and deaths during the pandemic,” Walensky said.

However, the crux of her message was, “Please, just don’t do it: Don’t travel. Don’t assemble. Don’t let your masks down. Even as more people get vaccinated against coronavirus, do not emerge from your caves just yet.”

“I’m pleading with you for the sake of our nation’s health,” she said.

The other item was a sectorwide rally on Wall Street. Airline stock prices surged on bookings. The “big three” airlines, regional carriers such as Alaska and Southwest, and discount airlines such as JetBlue all soared to yearly highs.

The two events might seem contradictory, but they were, in fact, closely related. Walensky was issuing a warning because of the underlying issue driving the stock price fluctuation. As America disburses more vaccines and inches toward herd immunity, stocks that are deemed “opening stocks” are enjoying a renaissance.

In February, cruise stocks soared on advanced bookings, even though most cruise ships are still docked.

Airlines did not get quite as much lift at the time because their bookings weren’t showing the same wave of interest. Gary Leff, the author of the influential View from the Wing website, explained why that was so and why he wasn’t worried.

“Cruises book farther in advance than airlines generally do, and flight bookings have been happening much closer to departure during the pandemic,” Leff told the Washington Examiner at the time.

He predicted, “I’m confident that we’ll see an increase in air travel come late spring and into summer.”

Now that we are further along and that predicted increase shows up in airline bookings, the Washington Examiner asked Leff what this means for travel.

“While the pandemic has been characterized by uncertainty and there are no guarantees still, there’s a tremendous hopefulness that people are feeling about the next few months. As vaccinations progress, you’ll see more and more people feeling that they can travel with confidence,” Leff said.

“As the pandemic gets under control and states open up, travel will see a boost as well because the choice to travel isn’t just about safety, it’s about having something to do when you get there. Opening up restaurants and attractions will provide the impetus to travel as vaccinations provide the confidence,” Leff added.

Yes, we’ll get more travel, conceded Adie Tomer, a transportation analyst for the Brookings Institution’s Metropolitan Policy Program, but that doesn’t mean the airlines are necessarily going to have it easy.

“It’s reasonable to expect airline bookings to increase just as vaccinations and the weather gets warmer. But considering the depth of passenger losses the past year, we won’t know for a while what stable passenger levels may be, whether we’re talking about households or business travelers. Like all things transportation during the COVID-19 era, uncertainty is the only safe bet,” Tomer told the Washington Examiner.

Ashley Nunes is the director of transportation policy at the R Street Institute. He argued that it’s not enough to know that travel is increasing. We also need to know who is traveling before we can declare the airlines on the runway to recovery.

“Airline stocks may be gaining altitude, but the industry has a long, long way to go. Balance sheets of carriers are disproportionately padded by business travelers. Few companies will want to assume the liability associated with having employees travel, even though we may be turning a corner in the pandemic. Legacy airlines need business travelers more than leisure travelers. They always have, and they always will,” Nunes told the Washington Examiner.

Marc Scribner is a transportation policy analyst at the Reason Foundation. He told the Washington Examiner the recent stock surge isn’t nearly as interesting as what comes after the opening.

“It’ll be interesting to see how the airline industry recovers,” Scribner said. He appeared to be curious about how much market share lower-cost carriers have managed to take away from American Airlines, Delta, and United during the pandemic.

For instance, last June, headlines announced that traditional No. 4 American airline Southwest was temporarily the airline with the most seats available for booking. This unexpected news was accurate not just in the United States but for the entire world.

Also, while the big three were canceling a record number of flights and bracing for layoffs once the federal bailout firing freeze expired at the end of September, discount carrier JetBlue opened up new routes challenging United for dominance at some large airports in the Northeast.

Economists have long argued that the easiest time to capture more market share is during times of broader financial distress. If your firm has the funds to weather the contraction, you can gain a foothold with customers. At the same time, your competition is too distracted to organize effective countermeasures to fend off the challenge.

The coronavirus pandemic has tested that theory by making it harder than ever to reach people and to get them to express preferences by doing such things as commuting, traveling, and frequenting establishments.

Still, many businesses have found a way to expand their market share despite these headwinds. The Washington Examiner asked R Street’s Nunes if that would be the case for the discount airlines. He didn’t believe so, at least in the long run.

“Low-fare carriers cater to a different type of traveler than legacy airlines. The latter relies on a handful of passengers to generate a significant share of their revenue. In the near term, the public may be cost-conscious, which bodes well for airlines like Southwest. I doubt such a trend would be permanent,” he said.

The mass of professional financial analysts may have a slightly different perspective. TipRanks is a website that looks at a cross-section of calls to give would-be investors a better sense of how the professionals, in aggregate, are steering their clients. Analysts are not treating all airline stocks the same. Legacy carrier American Airlines currently rates a “moderate sell” call in contrast to JetBlue’s “moderate buy” and Southwest’s “strong buy,” for instance.

Alexandre de Juniac is the outgoing CEO of the International Air Transport Association. In his final press briefing on March 17, he gave a sense of where air travel is today.

“Before the crisis, we had almost 30,000 unique international routes between airports. Now, we have about 12,000. … Before the crisis, the average route was served by about 43 flights per month. Now, it’s around 20 flights per month, not even daily. The massive loss of connectivity depressed economies worldwide, essentially shutting down international tourism, conventions, exhibitions, and the like along with flying. The number of routes being served [domestically] is basically unchanged. But we went from an average of almost 90 flights per route per month to 66,” he said.

There are some signs that airlines may recover faster than expected, including the latest surge of bookings, yet there remains a huge gap to close. And COVID-19 fears expressed by such officials as Walensky will keep many would-be fliers grounded for some time yet.

The semiconductor shortage explained: The threat to US tech

What's up with our new boom economy?