Home Business Airline furloughs are a new and badly needed source of momentum for... 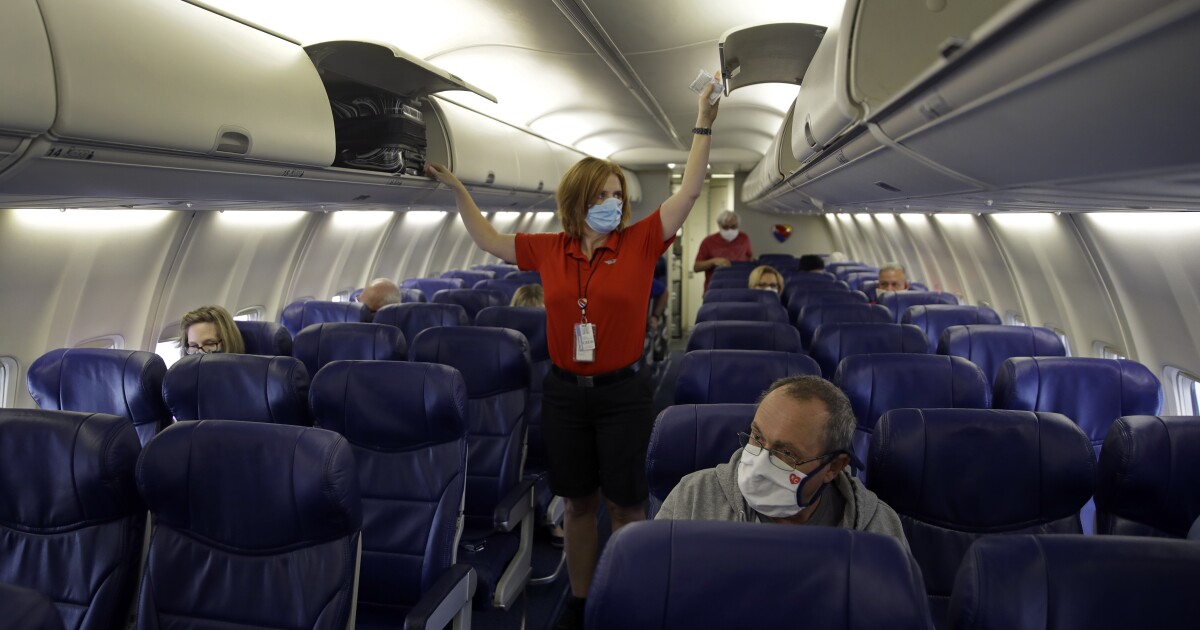 The public tone of those involved in coronavirus relief negotiations has grown more optimistic after weeks of little negotiating at all. “We’re going to go back and do a little more work again,” Treasury Secretary Steven Mnuchin told reporters Wednesday as he left the Capitol. “I think we’ve made a lot of progress in a lot of areas.” House Speaker Nancy Pelosi said, “Our conversation will continue.”

One explanation for the movement is waning time. The election draws nearer, as does the end of the House’s scheduled session, and the economic challenges continue. An alternative and especially compelling explanation is that Wednesday was a deadline that everyone feared but knew was coming for months. Airlines started furloughing tens of thousands of employees on Thursday, as a CARES Act condition expired that had barred airlines from furloughing employees if they took payroll grants.

American Airlines has started to furlough 19,000 workers now that the passing of the Wednesday deadline legally allows it to, and United Airlines says it will furlough more than 13,000. Some others, including Southwest Airlines and Delta Air Lines, have been able to avoid large-scale involuntary furloughs because enough workers decided to leave on their own, though Delta does plan to furlough some 1,700 pilots in November without a relief deal or a deal between the company and the pilot union.

The hit to workers at American and United has also been less severe than airline leadership had warned earlier in the summer because employees who took voluntary leave packages helped to cut payroll costs, though an insufficient number did so as to avoid involuntary furloughs.

The main reason these furloughs look like a new source of momentum for coronavirus relief negotiations is that other key aid programs that were included in the CARES Act expired months ago, including a boost to unemployment insurance and the critical payroll protection program. Those expirations did little to move Democratic and Republican negotiators closer on a deal. Statements from Mnuchin and Pelosi on Wednesday suggest there is some new movement.

The airlines provide the economy with a unique service and contribute nearly $2 trillion to GDP annually. Pelosi, members of the Trump administration, and many in Congress have recognized the importance of their viability and expressed support for an extension of payroll support for them. The administration even entertained an executive order on airline payroll relief, and White House press secretary Kayleigh McEnany said Thursday that the administration would support a standalone bill for airlines.

A coronavirus relief package is not yet guaranteed, but the airline furloughs may be the economic blow that results in a sealed deal.