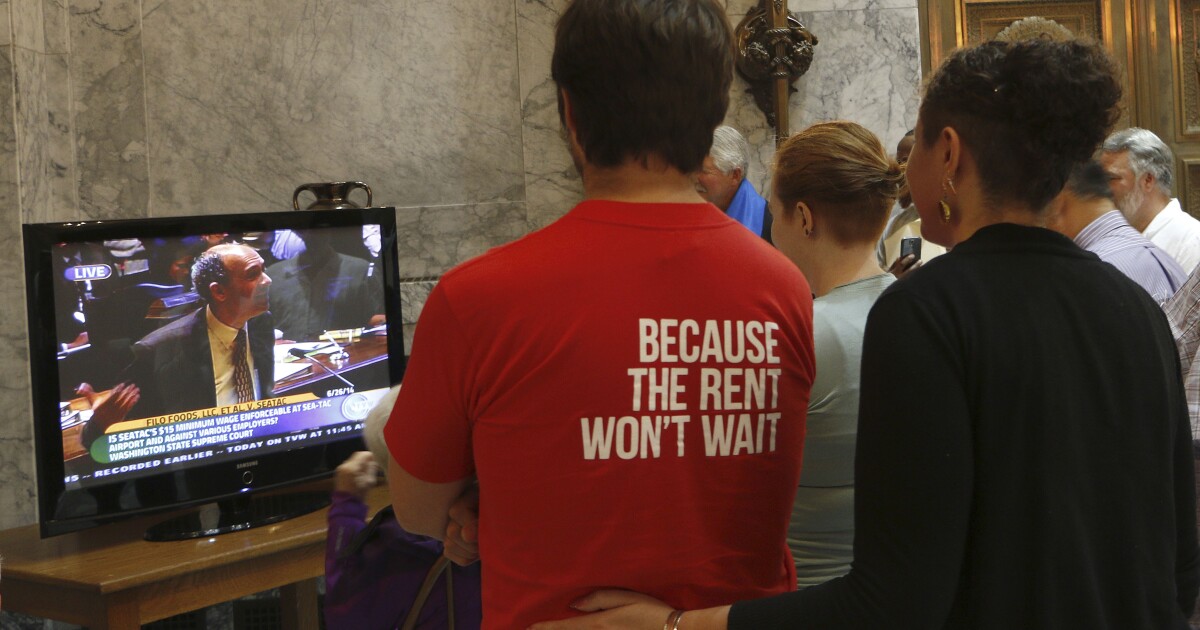 Last week, Democrats reintroduced the “Raise the Wage Act,” legislation that would increase the federal minimum wage to $15 per hour. Biden also slipped the $15 minimum wage into his $1.9 trillion COVID-19 “American Rescue Plan.”

If Democrats in Washington impose that $15 minimum wage on states, the consequences will be dire. A minimum wage hike would risk eliminating millions of jobs, kill thousands of small businesses, and prolong the economic damage that COVID-19 has caused the economy. If enacted, the legislation would impose a federal $15 minimum wage by 2025, index it to inflation, and repeal the tipped minimum wage for servers. According to the nonpartisan Congressional Budget Office, the act would eliminate up to 1 million jobs by 2023 and up to 3.3 million jobs by 2029. Another CBO estimate showed that a $15 minimum wage could cost as many as 3.7 million jobs in the United States. This would only exacerbate the job losses people have endured since COVID-19 began.

A $15 minimum wage would especially harm those entering the workforce. A recent literature review from the National Bureau of Economic Research found that the weight of scientific evidence shows that a $15 minimum wage harms low-skilled employment. Another study showed that a $15 minimum wage would disproportionately affect women. For people looking to start their careers and pursue their dreams, a first job is the first rung on the ladder to success. If workers lose that crucial shot because of a federally mandated $15 minimum wage, the loss of opportunities and earning potential will follow them the rest of their careers. Ending the tipped minimum wage would be a doomsday scenario for servers who rely on customer tips to make ends meet. The restaurant industry is already in a free fall, with over 10,000 restaurants closing their doors in the last three months alone. If Democrats kill the tipped wage, 1 in 3 tipped workers could lose their jobs, and countless additional restaurant closures will inevitably follow.

None of this is theoretical — a $15 minimum wage has repeatedly failed at the state level. When Seattle implemented a $15 minimum wage, thousands of jobs were lost, and other workers saw a reduction in their hours. New York City’s minimum wage increase forced 75% of restaurants to cut employee hours and nearly 50% to eliminate some jobs.

The Raise the Wage Act would make this bleak situation even worse. As workers hang on for dear life, a job-killing and business-destroying $15 minimum wage is the last thing they need.

Tom Hebert is a federal affairs manager at Americans for Tax Reform.