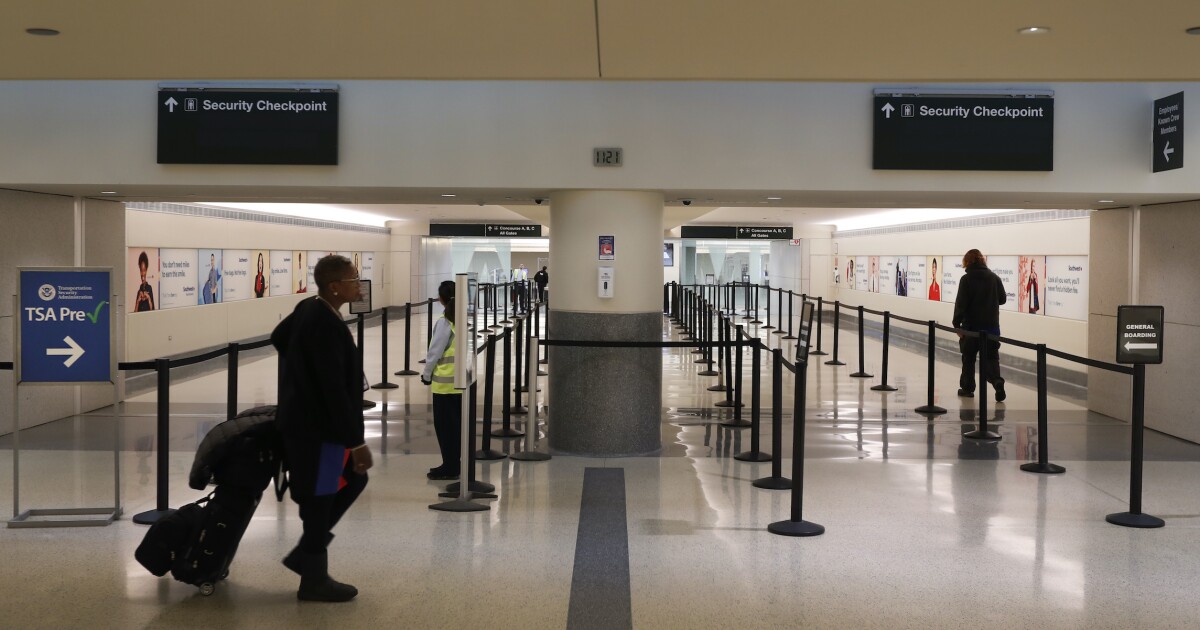 Air travel in the United States dipped in 2020 to less than half of what it was in 2019, with hundreds of millions of fewer people choosing to fly amid the coronavirus pandemic.

The Transportation Security Administration announced Monday that 324 million passengers passed through its airport security checkpoints last year, a 61% decline from the record-high 824 million people it saw the previous year.

TSA uses screening numbers as an indication of how many people are traveling in the country since all noncrew passengers must pass through its checkpoints. U.S. airlines expect to lose $35 billion in 2020 as a result of the massive downturn in travel. TSA said it “expects volume will remain well below pre-pandemic levels through most of 2021.”

TSA, the Homeland Security agency responsible for inspecting passengers and baggage prior to boarding for domestic and international flights, normally sees 2.2 million passengers in a single day. However, following the emergence of the coronavirus in the U.S. early last year, the government warned the public against traveling because the virus was highly contagious and carriers were often asymptomatic.

Travel dipped to its lowest point on April 14, one month after President Trump declared a national emergency. On that day, just 87,500 people passed through security checkpoints, 4% of the amount who did the same weekday in 2019.

Airline travel began to increase over the summer, historically a busy time for the industry. It climbed again over the Thanksgiving, Hanukkah, Christmas, and New Year’s holidays.

Because TSA officers work in close proximity with the public, their chances of exposure to the virus are higher. The agency installed acrylic barriers at screening checkpoints to protect employees and travelers at 384 of the 440 airports where its officers work. It also set up scanning systems at 125 locations that allow passengers to use an identification card without having to hand it to the officer.